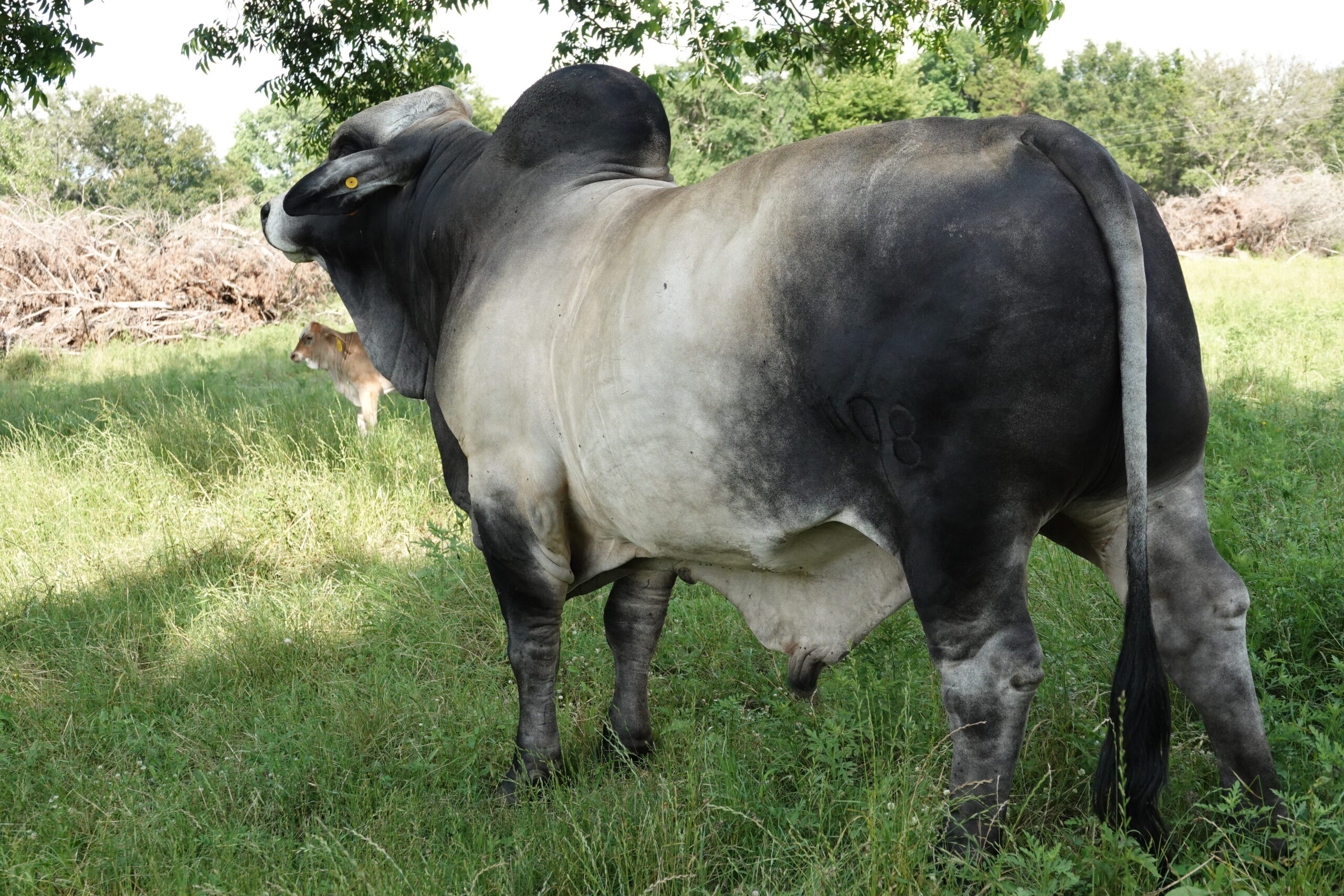 This homegrown bull was sired by an own son of the International Grand Champion JDH SIR LAWFORD MANSO 616/6. Sir Lawford was also the sire of the great JDH ELMO MANSO. These two bulls were the most correct Brahman bulls I have ever seen. 408’s dam was a daughter of MR. V8 573/5 bull that we used for many years. He was a Black bull, that threw red on red and grey on grey. His dam was an own daughter of the famed JDH BARNEY MANSO. 408 was an easy keeping, correct, sound, fertile, heavily pigmented bull that was sold as I only had one Brahman cow left that was not a daughter of his. Many of my F1 cows were also his daughters. We sold him to a BraMaine breeder as a Herd Sire.